DAWN has previously flown on board NASA aircraft and taken 3-dimensional wind measurements during the 2010 GRIP experiment (Atlantic Ocean) and the 2014-2105 Polar Winds experiments near Greenland. It has been shown that DAWN can provide previously unavailable high resolution 3D wind profiles every 3-7 km with a vertical resolution of ~50m as well as LOS wind measurements every 25-50 m horizontally over the open ocean. The DAWN data taken from the NASA DC-8 during CPEX will allow us to investigate convective processes on a broad range of scales and allow the scientists to better understand, describe and predict the life cycle of convective clouds. It is also hoped that, with DAWN wind measurements and other measurements taken during CPEX flights, it will be possible to reliably calculate the mass divergence of air and moisture on these scales and provide additional information to better understand and forecast convection.

DAWN Aboard the DC-8 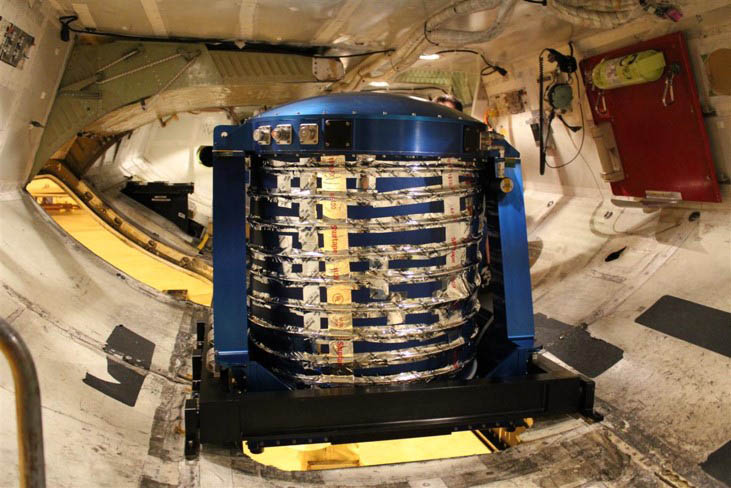 DAWN Telescope (on the forward side) 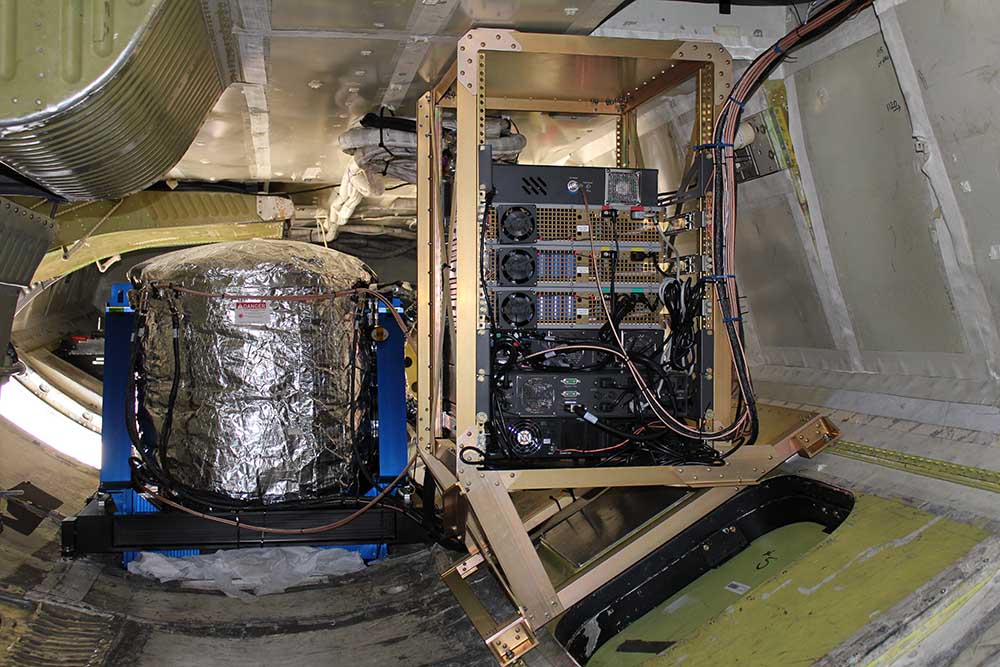